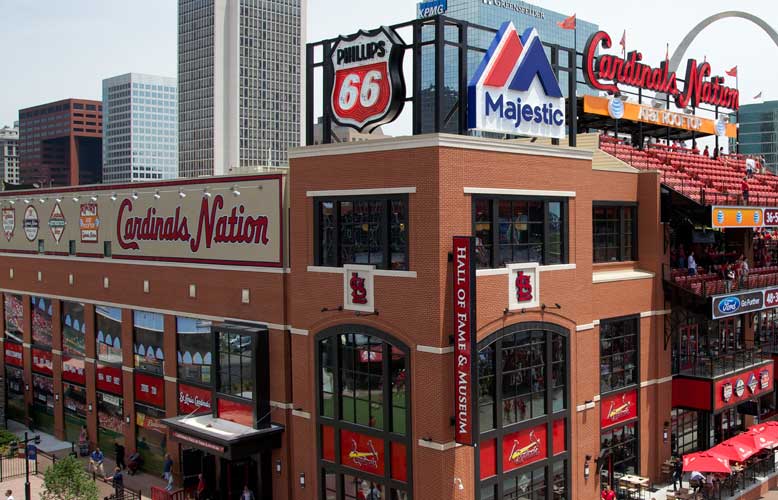 St. Louis is no stranger when it comes to Major League Baseball, home of the St. Louis Cardinals. Cardinals fans have labeled themselves as “the best fans in baseball” and as of May 2017 actually have the ranking to prove it with Fox Sports!

Fox Sports ranked baseball towns throughout North America based on attendance, atmosphere, scarcity or lack thereof (as a one-sport town), and jersey sales. Naturally, St. Louis ranked as number one on the list!

“St. Louis and the Cardinals are synonymous. What other team and city can say that?” the post reads. “Sometimes it is just as simple as that. The ‘Best Fans in Baseball’ might not always be self-aware — no fan base is, though — but they’re all-in on the Cardinals. You can’t question that kind of loyalty.” – Fox Sports

Last year according to NBC Sport, St. Louis was described as being “Maybe the most “baseball town” of them all. Seems silly to argue otherwise.”

I’m sure we can all agree that all major league baseball teams have their own passionate followers, however none surpass the consistent, die-hard following of those who love the St. Louis Cardinals.

The Cardinals won 88 games in 2018, but missed the postseason for the third straight year in a row, but the fans keep coming back!

With two major offseason acquisitions by bringing in Paul Goldschmidt and Andrew Miller, the former being one of the best and most consistent players in baseball this decade our odds for a great season got much better

We won’t know until the end of the season, but according to Baseball America online, they ranked the Cardinals 2019 season prediction as the #3 contender in the NL Central. They have even narrowed down predictions to include the Yankees defeating the Cardinals in game six for the World Series.

Thanks to a deep lineup and bounty of pitchers, there’s a good chance the Cardinal playoff drought comes to an end.

We would love to hear your predictions, just comment below.

With all that being said, there is still a lot of baseball to enjoy in the coming days, weeks and months. Check out the full 2019 schedule and grab your friends, family and co-hearts for a fun-filled day “Cardinal Nation” style!

For all of your auto collision repair needs, contact Spirit West Motor Carriage Auto Body Repair at 636.394.1712 Monday through Friday between 7:30am-5:30pm or stop by our convenient location at 610 Park Lane, Manchester, MO 63021.