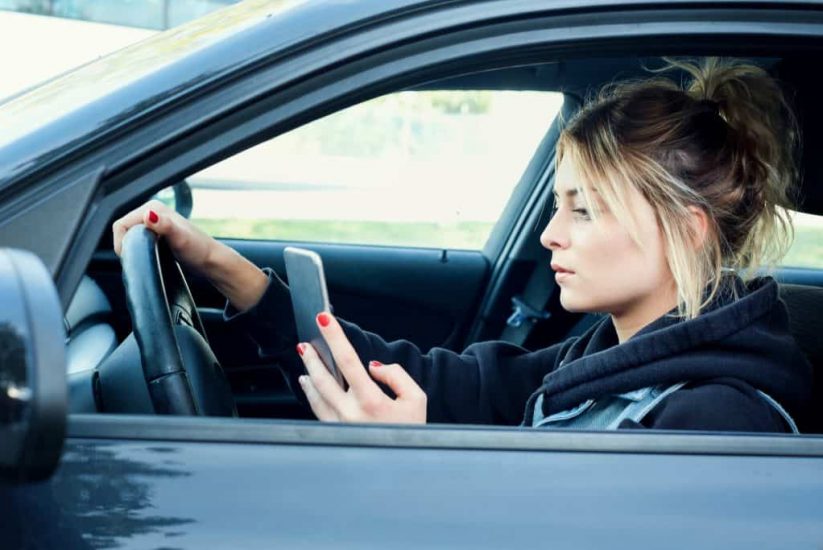 Missouri is one of only three states in the country that does not have an all driver texting ban in place.

With an estimated more than 1 trillion texts sent worldwide last year alone, the law, or lack thereof, is alarming. Especially since, according to the Missouri Coalition for Roadway Safety, nine out of 10 people use their smartphones in some way while driving.

Under current Missouri law drivers of 21 years of age or younger are prohibited from sending, reading or writing electronic messages while driving.

Any person 21 years of age or younger who operates a moving motor vehicle while sending, reading, or writing a text or electronic message by means of a hand-held electronic wireless communications device will be guilty of an infraction and will be fined $200 and two points against their driving record.

Keep in mind, Missouri is only the ninth state, however, to single out a particular age group and while the law is obviously well-intentioned, some drivers say it is simply unfair.

Obviously, nothing happens upon a person’s 21st birthday that suddenly makes texting while driving acceptable and safe, so why did Missouri lawmakers target this specific group? It is believed the law applies only to those drivers between 16 and 21 based in part on studies such as one in 2007 that showed that this age group experienced more crashes than any other.

Texting while driving has reached epidemic proportions and is resulting in careless driving that increases the incidence of being involved in an auto collision.

“Seventy percent of all accidents, I believe last year, where texting and driving was a problem actually involved people over the age of 22,” Sergeant Larry Stobbs of the St. Joseph’s police department stated.

According to a report by the Missouri Coalition for Roadway Safety, cell phone related crashes have increased by 35 percent since 2014. So why target a small group when it comes to everyone’s safety on the roadways?

Missouri lawmakers are considering an all age texting and driving ban, however you will have to stay safe on the roadways and steer clear of careless drivers in the interim.

If the bill is passed into law it would take effect on August 28,2019 and would impose a $50 fine for phone usage violations and a $100 fine if the person is driving in a school zone.

If you are involved in an auto collision and need repair service, contact Spirit West Motor Carriage Auto Body Repair at 636.394.1712 Monday through Friday between 7:30am-5:30pm or stop by our convenient location at 610 Park Lane, Manchester, MO 63021. ')}